The Bulgarian Express mail was in the beginning a special service in Sofia. 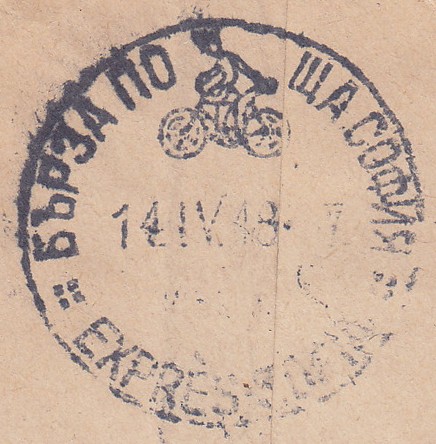 It started in 1933. The first special cancellation in black, blue or red was introduced on the 1st June 1937. The cancellation was used until the end of 1939 and replaced by the following special express stamps:

The extra rate for the express delivery of a letter was 4 Leva at that time. So the total fee for a letter was 1 Lev + 4 Leva = 5 Leva: 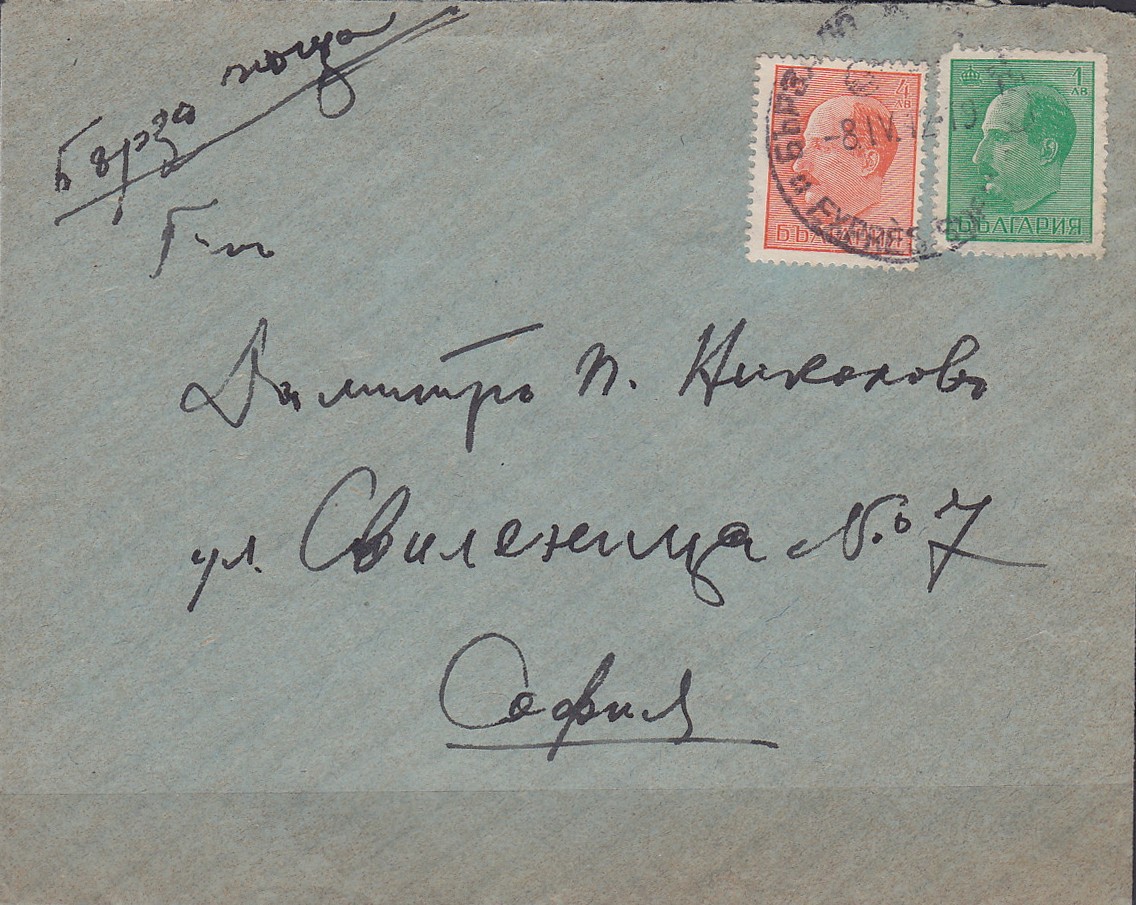 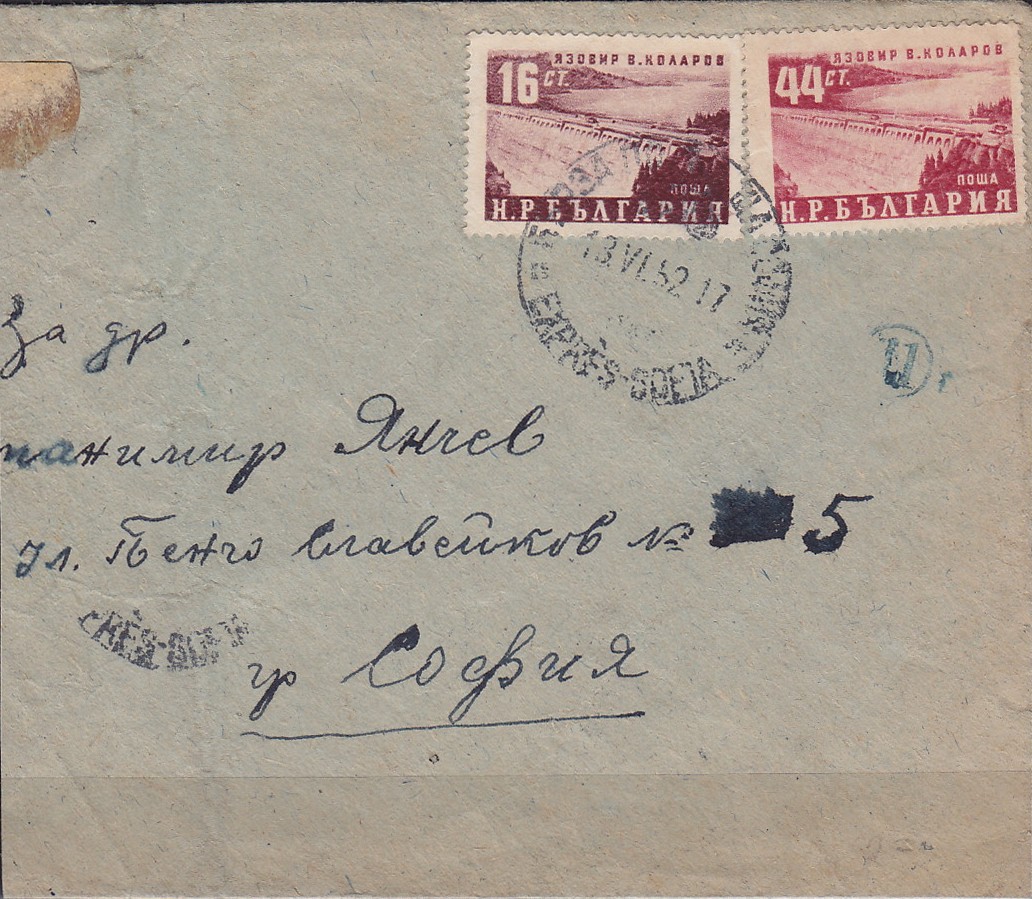 (The 44 stotinki stamp on the above envelope might be for the express surcharge in 1952 – who knows more?)

Express letters only passing Sofia show on the back side the additive cancellation „EXPRÉS-SOFIA“ with the bicycle messenger: 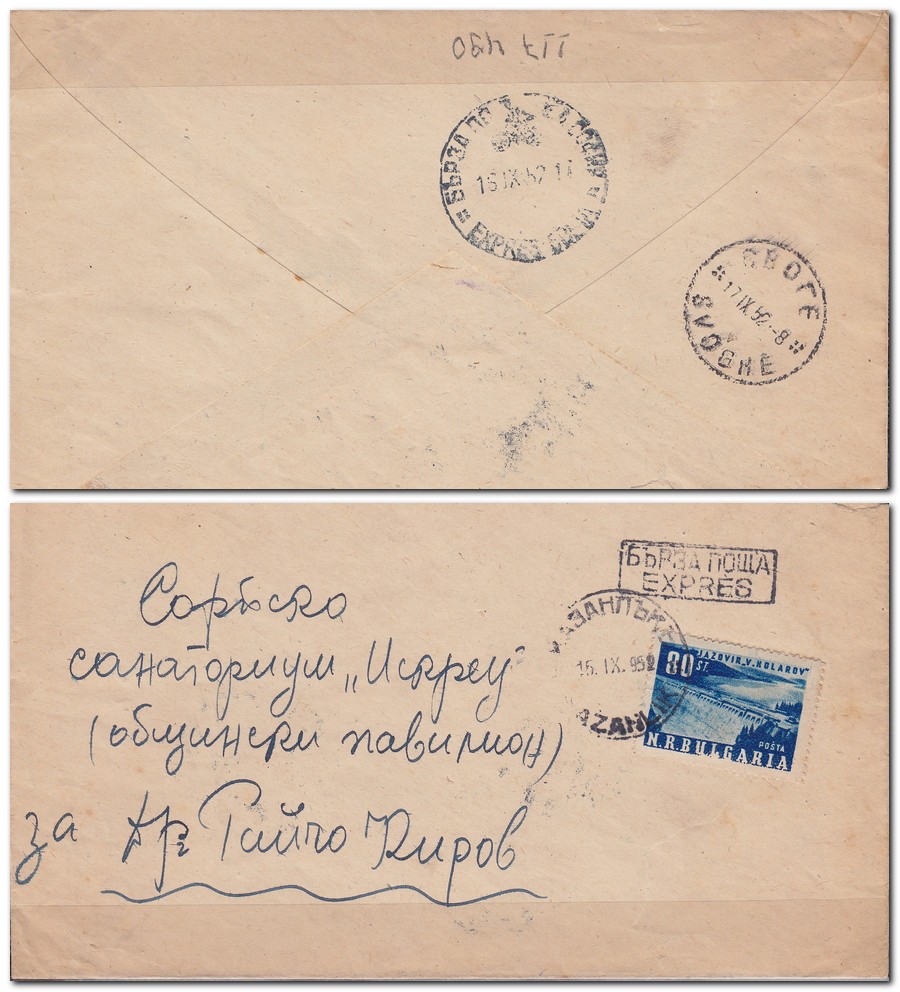